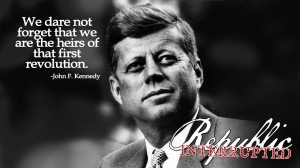 The East India Company. Yes, you read that correctly. Remember studying about them in school? Well, let us tell you a little about them.

Do you remember learning in history class about how the Declaration of Independence was sent to the then king of England because the colonists were tired of his royal highness of unfairness? Well, while he was a problem for sure, the real problem was the East India Company.

Why? We are so glad you asked. Pull up a chair. This may take a while.

This story starts at the very first protest against corporate control of government. Any guesses? It happened on Dec. 16, 1773. In Boston of all places. Boston Harbor to be precise. Yep, the good ole Boston Tea Party. While the king was busy having a war with France, the East India Company, a corporation of wealthy English, was getting Britain to enact all kinds of outrageous market controls and taxes on the colonies.

Do you know why? Would you be shocked to learn that “corporate bail-out” is not a new term?

You see, the East India Company was in debt up to it’s English eyeballs. It had warehouses full of tea that it couldn’t sell because smugglers were selling Dutch tax-free tea to the colonists. Sooo, Parliament came up with what they thought was a brilliant scheme to bail-out the Company. They decided to lower the tax on tea, therefore allowing the Company to compete with the smugglers. At that point in history, the colonies had just barely begun to be profitable. They were more of a market resource than an inventory source. They knew that this new tax break would set the Company up to be a monopoly, allowing it to become too powerful, and put many colonists out of business. Thus, the Boston Tea Party.

But wait, you say? You thought the American Revolution was about taxation without representation? Sure it was. But it was also about corporate bail-outs at the expense of the public, and about corporate monopolies.

Okay. I know what you are thinking. That’s all ancient history, right?

Let’s just talk about light bulbs for a second. You know, incandescent light bulbs. Once claimed to be the innovation of the century, the incandescent bulb has now been “banned” for lack of a better word.

Light bulb giants like General Electric, Philips and Sylvania lobbied for those regulations.

Just so they could make more money.

What is my point? If someone asked me what I thought was the biggest problem in government today, my answer would be…wait for it…corporations. Not that they are evil in themselves, although I’m pretty sure I could argue that one as well, but that they are in control of our government more than most Americans really know or want to believe.

Oh, and lobbyists. Let’s not forget about lobbyists.

But we will save that for another time. Hang around, folks. We’re not done.

One thought on “Corporations: The Not-So-New Bad Guys”